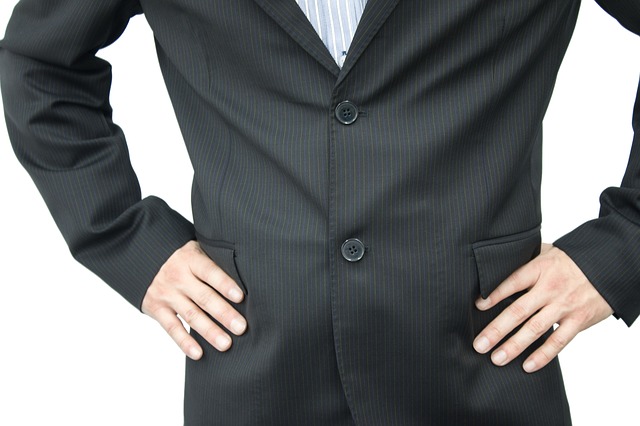 The blazer is making a comeback in men’s fashion, and why shouldn’t it? It can be dressed up for a day at the office or dressed down for a night on the town. Versatile as it may be, there are still a few rules to remember when wearing a blazer.

History
As with all classic men’s wear, the blazer has a story behind its inception that now borders on legend or myth. It is said that in 1837 Queen Victoria was inspecting the H.M.S. Blazer where all the crew aboard were dressed in a short, navy blue jacket with brass Royal Navy buttons.

The Queen was so impressed with this new look she decided that all sailors in the Royal Navy would adopt this garb. And hence the blazer has become a staple in the well-dressed man’s wardrobe.

Fit
There are two things to consider when you are looking for the perfect fitting blazer: how long the arms are, and how tight the chest/shoulder areas are.

The cuffs should rest anywhere from a half-inch to three-quarters of an inch up from where your palm meets your wrist. This leaves enough room to show just a flash of your shirt cuff and does not restrict wrist movement.

As far as upper-body snug-ness goes, try to neither look like Chris Farley nor Dana Carvey. That is, do not get a jacket that is either bursting at the seams when you bend over or one that hangs off your body like a bathrobe.

Color/Style
Even though blazers come in a variety of different colors, most would agree that it is best to stick to navy blue or other darker colors. This is simply because a darker blazer is more versatile and can be worn year-round.

On the other hand, if you already own the obligatory blue blazer there is no reason why you should not invest in a lighter colored one (just steer clear of pastels). Double-breasted jackets with peak lapels are considered the most formal, whereas single-breasted jackets are more casual.

Ensemble
The most formal way to wear a blazer is with a dress shirt, tie, and contrasting cotton pants. This configuration ranks just south of a suit on the formality scale. That makes this the perfect style configuration for casual Friday, as you can wear this to the office and then transition straight to a dressed up night on the town. Do avoid wearing cufflinks with this outfit, as they will compete with the brass buttons for attention and look tacky.

One step down the line of formality brings us to the polo shirt and cotton chino pants configuration. This look can carry you through the spring, into summer, and back out through the fall, all you need to do is change the color of the shirt to match the season.

Finally, the most casual look is undoubtedly the always-comfortable combination of blue jeans with a dress shirt, polo shirt, or any shirt you think looks decent. The only catch to this look is that you never want the color of your pants to be too close to the color of your jacket, you are not trying to look like you are in a suit.

And finally, for any of the outfits described above, a comfortable pair of brown suede dress shoes should complete the look.